I've previously described an "ultrasound win," where bedside US helped prevent an unneeded (and fruitless) procedural sedation. In this case, the ultrasound is used to confirm an infrequent type of dislocation.

The Case
A young muscular male had been in a car accident. Despite devastating damage to the vehicle, he only complained of left shoulder pain. An x-ray of the shoulder was obtained... 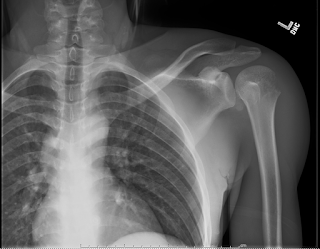 ...and suggested a posterior dislocation of the shoulder. Quite unusual!

The x-ray shows at least 3 radiographic signs supporting a posterior dislocation: A rim sign (the two red lines), a light bulb sign (outlined by, well, the light bulb), and the "Mouzopoulos sign"(hightlighted by the blue "M"."). 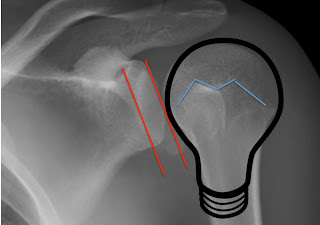 Nonetheless, some doubt remained, since posterior shoulder dislocations are infrequent, and we wanted the diagnosis to be certain before breaking out the propofol! So we did an ultrasound of the shoulder.

Ultrasound for the ..  Wait, "win" is already taken?
The probe was place in transverse orientation across the posterior aspect of the left shoulder, probe marker pointing laterally, to the patient's left:
Lemme annotate that for you: 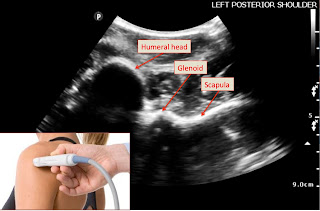 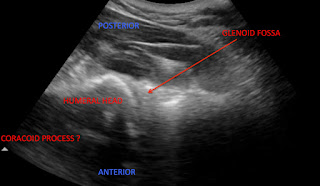 Bottom line:
The next time you have any concern about the shoulder, grab a quick posterior view, even if you are already getting an x-ray. 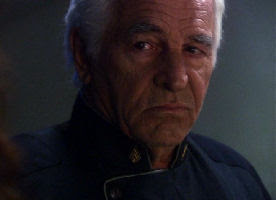 Brooks Walsh
From the Paris of Southwestern CT...